The dashboard is designed to provide early warning signs of factors that affect the state’s mitigation efforts. The data available on the early warning monitoring dashboard includes week-over-week case differences, incidence rates, test percent-positivity, and rates of hospitalizations, ventilations and emergency room visits tied to COVID-19. This week’s update compares the period of September 11 – September 17 to the previous seven days, September 4 – September 10.
“Our percent positivity decreased significantly this week, showing that we continue to offer COVID-19 testing across the state to everyone who needs it,” Gov. Wolf said. “At the same time, the incidence rate increased, showing that the virus continues to affect Pennsylvanians. We must continue our focus on taking actions to protect ourselves and others, such as wearing a mask, practicing social distancing, washing our hands and avoiding large gatherings. Together, Pennsylvanians can be united to work to prevent the spread of the virus.”
As of Thursday, September 17, the state has seen a seven-day case increase of 5,519; the previous seven-day increase was 4.993, indicating a 526-case increase across the state over the past week.
The statewide percent-positivity went down to 3.8% from 4.2% last week. Counties with concerning percent-positivity include Centre (12.1%), Indiana (11.6%), York (7.8%), Juniata (7.7%), Mercer (6.7%), Lebanon (6.1%), Berks (6.0%), Chester (5.5%), Crawford (5.5%), and Bedford (5.3%). Each of these counties bears watching as the state continues to monitor all available data.
Community Transmission
As of Friday’s data, Centre and Indiana counties were in the substantial level with known sources of outbreaks contributing to community transmission. The departments of Education and Health will speak with school district representatives in both counties to discuss the implications of this level of transmission.
For the week ending September 17, 19 counties were in the low level of transmission, 46 counties in the moderate level, with two with substantial transmission:

Of the 5,188 confirmed cases, 39 percent (2,007) answered the question as to whether they attended a mass gathering or other large event. Of the 38 percent, close to 12 percent (232) answered yes to whether they attended a mass gathering or other large event 14 days prior to onset of symptoms.
Compared to data reported on September 14, this week’s data saw an increase in people going to a gym/fitness center (15 percent vs. 14 percent). Numbers went down for this week’s data for people who reported going to some other business (21 percent vs. 23 percent), going to a restaurant (50 percent vs. 51.5 percent), and going to a bar (13 percent vs. 14 percent). Numbers stayed the same for those who reported going to a salon or barbershop (8 percent vs. 8 percent. The number of those who attended a mass gathering or other large event went down slightly from 12 percent to close to 12 percent.
On July 13 contact tracers began asking more specific questions on the types of businesses visited and if individuals attended a mass gathering, defined as more than 250 people in attendance outdoors or more than 25 indoors.
The numbers above highlight business settings and mass gatherings as possible sites for transmission. With less than half of those asked about what types of businesses they visited or if they attended a mass gathering responding to the question, the department is reminding Pennsylvanians that it is essential that people answer the phone when case investigators call and to provide full and complete information to these clinical professionals.
Travel Recommendations
Also today, the Department of Health updated its travel recommendations, originally announced on July 2, to add Nebraska and Wisconsin and remove Nevada from the list of states recommended for domestic travelers returning from to quarantine for 14 days upon return to Pennsylvania.
It is important that people understand that this recommendation is in place to prevent the spread of COVID-19 in Pennsylvania. A concerning number of recent cases have been linked to travel, and if people are going to travel, we need them to take steps to protect themselves, their loved ones and their community, and that involves quarantining.
Gov. Wolf continues to prioritize the health and safety of all Pennsylvanians through the COVID-19 pandemic. Pennsylvanians should continue to take actions to prevent the spread of COVID-19, regardless of in what county they live. This includes wearing a mask or face covering anytime they are in public. COVID-19 has been shown to spread easily in the air and contagious carriers can be asymptomatic.

Our Spring Sale Has Started

You can see how this popup was set up in our step-by-step guide: https://wppopupmaker.com/guides/auto-opening-announcement-popups/

Notice of Public Hearing by Zoning Hearing Board

Notice is hereby given that the Dover Township Zoning Hearing Board will reconvene for a public hearing on Wednesday, February 16, 2022, and again, if necessary and approved, on February 17, 2022, beginning at 7:00 p.m. in the Auditorium of the Dover Area Middle School located at 4 6 West Canal Road, Dover, PA, for the purpose of hearing the following zoning applications:

Notice of Public Hearing by Zoning Hearing Board

Notice is hereby given that the Dover Township Zoning Hearing Board will reconvene for a public hearing on Wednesday, February 16, 2022, and again, if necessary and approved, on February 17, 2022, beginning at 7:00 p.m. in the Auditorium of the Dover Area Middle School located at 4 6 West Canal Road, Dover, PA, for the purpose of hearing the following zoning applications: 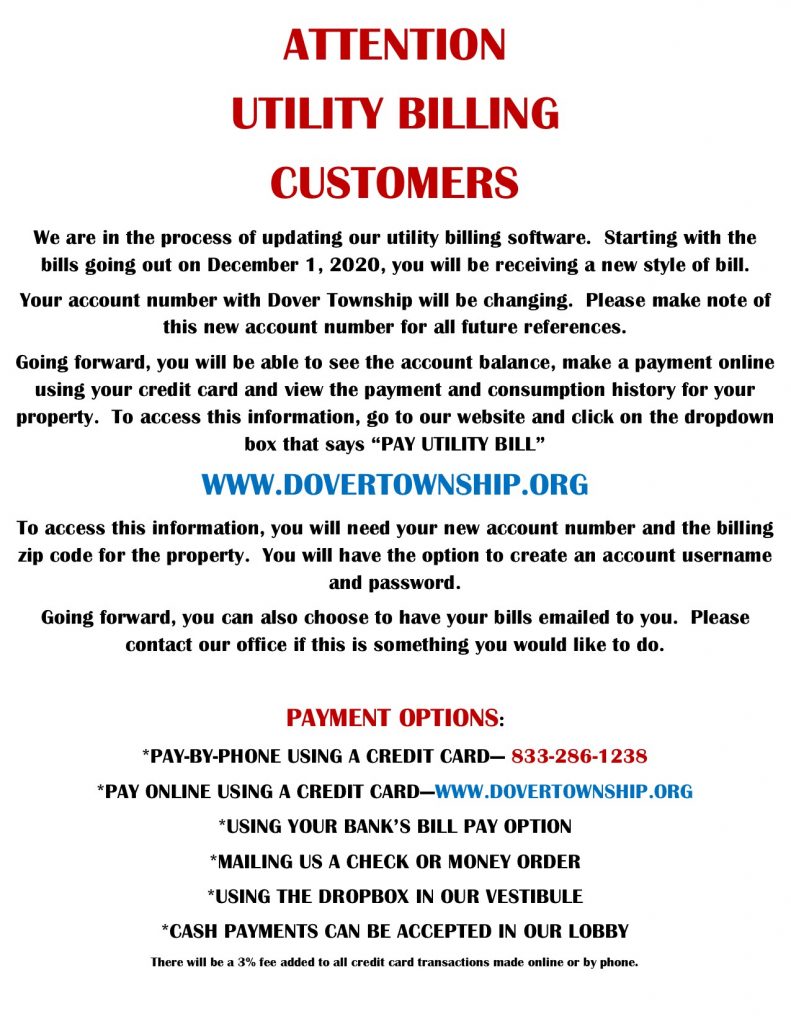